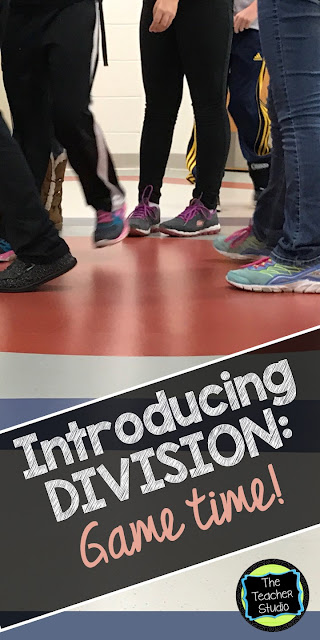 It’s division time–and I am always shocked at how students freak out about division…and how much “harder” it is than multiplication.  I always promise them that I can make it easier for them! I posted a picture on Instagram the other day and I had a bunch of requests for more details on the “Herding Game”!
To begin, I wanted students to really
understand the idea that multiplication and division are so linked that we can
almost use them interchangeably in our minds—but that our math language needed
to reflect what we are doing.  What do I
mean?  We often teach students what many
call “turn around” facts.  We tell them
that 4 x 3 is the same as 3 x 4.  But is
it?  Is four boxes of 3 pies the same as
3 boxes of 4 pies?  No it isn’t.  They both represent 12 pies—but the situation
is totally different.  To help students see this, I made up a game a few years ago…and it has proven to be super effective–and FUN!
I told the students that they were going
to be a “herd” of animals today and that I had researched a whole bunch of
animals that traveled in herds.  I also
let them know that when animals who travel in herds are threatened, they
sometimes break into smaller groups to protect each other.  I told them that I was going to break them
into smaller groups today and then we would write the mathematical equations
that we discovered in the process.  We
counted our “herd” and found that we had 22 animals this day.
I taped off an area of one of our empty
classrooms (this would have been fun to do outside as well with a chalked off
area) to have as our “holding pen” for extra animals that couldn’t find a group.  I also put some animal “tokens” in the pen so
that each child who ended up there took a token—and the token was a “get out of
the pen free” card so the same students didn’t always up there.  For some reason, some students WANT to land in the holding pen so they don’t actively participate in the herding…so once is enough!
Here’s how we play. 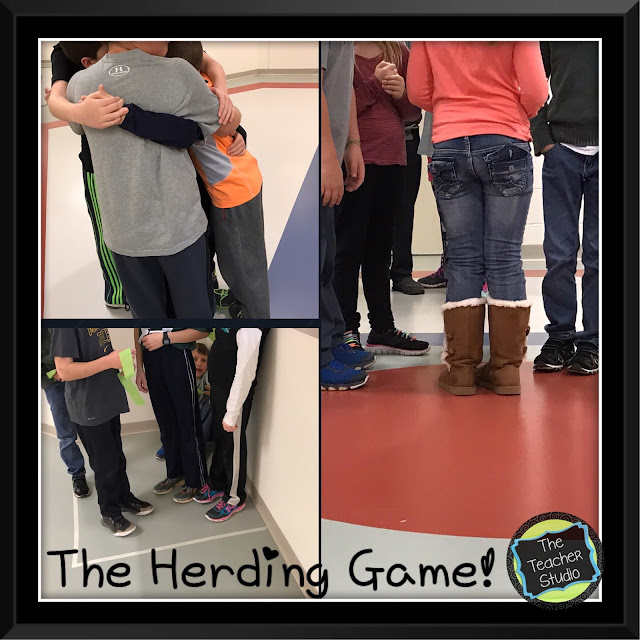 First of all, I called out a type of
animal (buffalo, giraffes, zebras, wild boars, cows, bison, elephants…) and the
size of the group I wanted them to form.
For example…
“Elephants—form groups of 5!”
The students scampered to make their
groups, and I asked for help writing the equation on the board. I had to help a bit, but with coaching, we got it.  I asked,“So I just formed four groups of 5?”
I wrote 4 x 5 = 20.  “What about the leftovers?”  I wrote (4 x 5) + 2 = 22
We tried again.  “Giraffes—form groups of 2!” Students quickly paired up and we wrote
the equations.
22 ÷
2 = 11
11 x 2 = 22
No remainders this time!
The students were getting the hang of the
game so I decided to move to the next steps.
“Buffalo—form groups of 7.”
The students struggled a bit to make
their groups—but eventually the leftover buffalo found its way to the
holding pen.  We worked
to write the equations this time. 22 ÷
7 = 3
groups with 1 remaining
(3 x 7) + 1 = 22.  We tried again…”Make 3 herds of antelope!” (Different than herds of 3, right?) 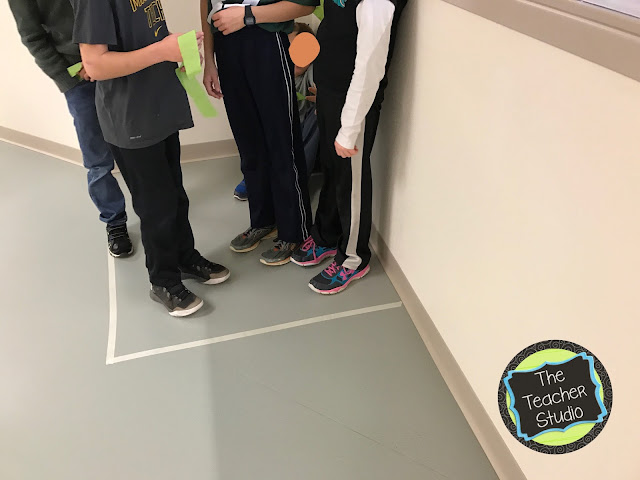 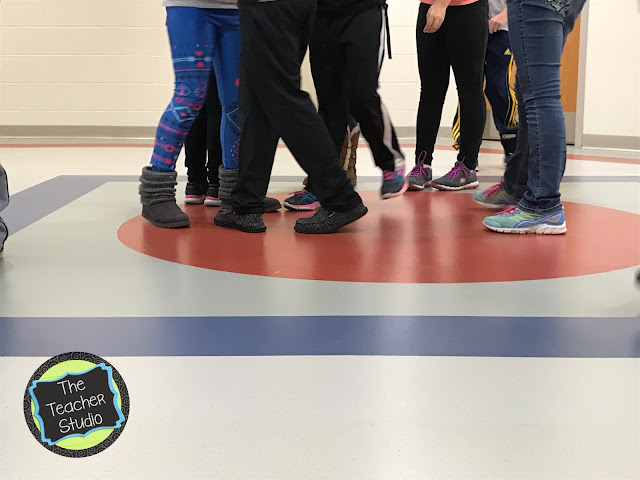 Everything was going beautifully–until one of our specialist teachers showed up…so we had to redo the game a few times with 23 animals! 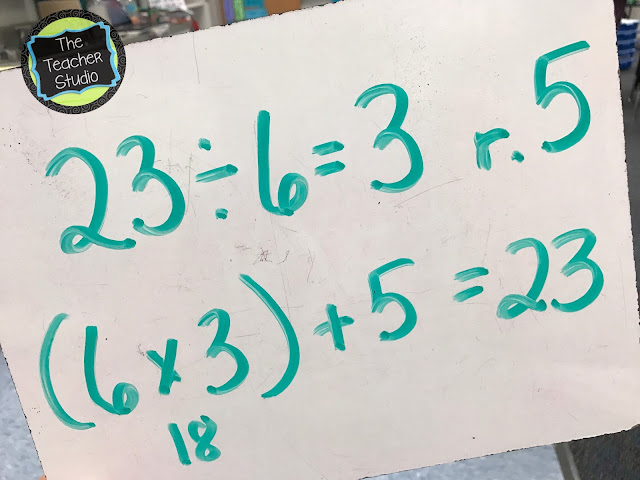 We continued with several more rounds
until I could see that the students were getting the hang of it!  We wrote down some of our rounds on the board
(when I remembered!) and then I asked them to try to do some mental math to
determine what would happen if I asked them to make groups of 9…then groups of
6.  They did a great job!  I knew that I had given my entire class
enough to go on—and I was ready to continue the work with my more struggling students
back in the classroom.
While my other students were working on
some multi-step problem solving, I pulled some of my struggling students to try our
“herding” activities in a smaller group.  I made some cute
little animal tokens to use as counters and we
started working to tell herding stories. I wanted to see if they could apply the
skills of the game a little more independently and could make the shift to
recording their math equations on their own. 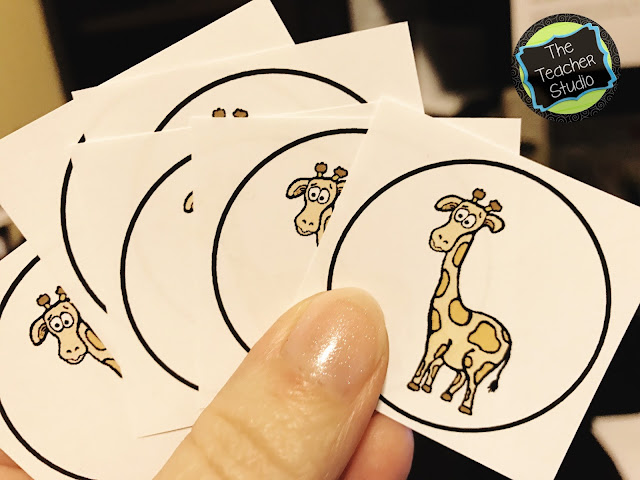 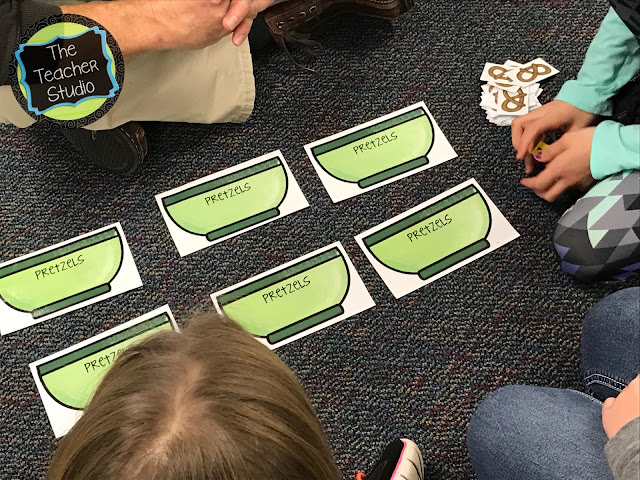 If you want to see more, here are the two resources I used to get this division unit going! 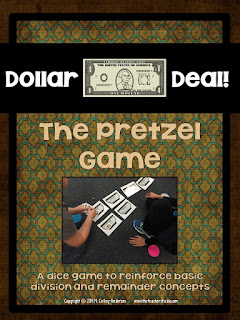 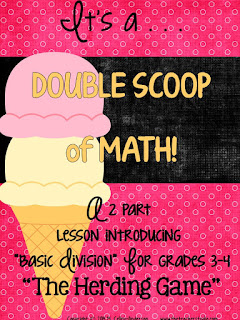