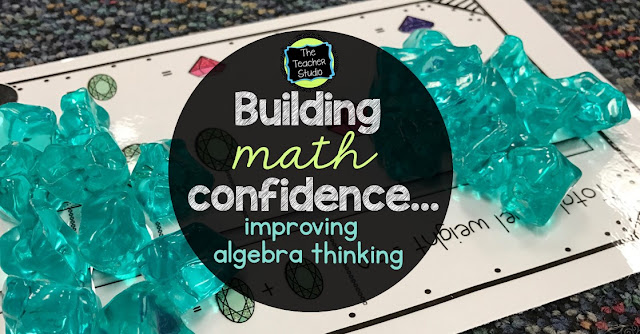 When you have students that struggle, they spend an awful lot of time feeling frustration with the lessons and other activities we do.  They often “check out”–and the cycle continues.

One thing I have started to do about this time of year is to go back to some of the activities earlier in the year that I know some of my less able students really struggled with–and weren’t even willing to try doing and pull them out again–sometimes with a new twist, but always with a “You know…this fall, I know this was tricky for you, but I have seen how much you’ve grown and I know you’re ready for it now!” type of comment.

That was the case way back at the beginning of the year when I was working on some algebra thinking concepts with my students, and I introduced them to my algebra thinking “balance” task cards.  After the first card or two, they checked out.  I mean–CHECKED OUT.  I tried encouraging them, got out counters–but, alas, I had no success.

Well, we’ve come a long way in both our math thinking and our math confidence, so I decided it was time again!  I broke out the cool jewel counters and pulled a group of four over to re-introduce them to the task. 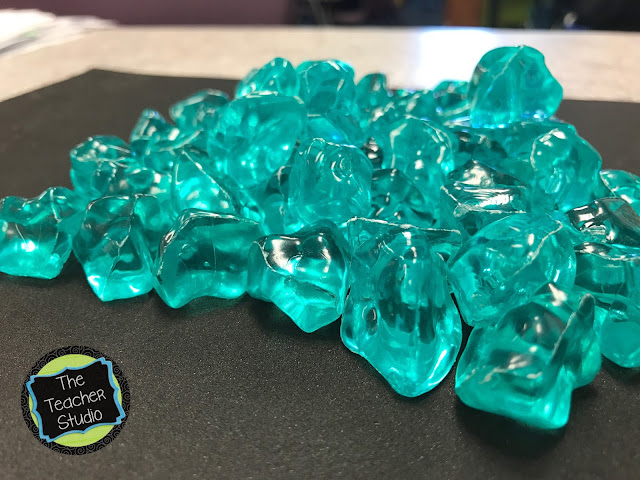 As I suspected, they “sort of ” remembered doing these cards but had no clue what to do.  I reminded them of the concept of “equal” that we have been doing all year…and that I was SO confident that their reasoning and thinking skills were SO much better that they could tackle these now when before they seemed impossible. 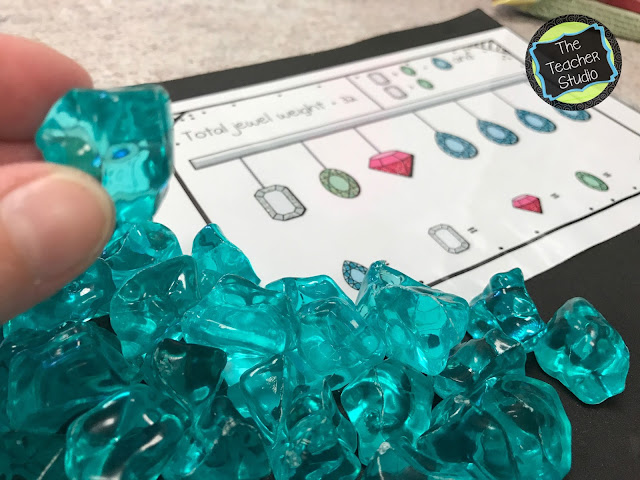 Step 1:  We talked about the idea of “balance”…and if there are 20 TOTAL jewels, how many would be on each side?  Earlier this year, these kiddos did NOT know how to divide numbers larger than 10 in half…so our first accomplishment was noted!  Because I knew that this was going to need to be visual, we divided our 20 jewels and showed how they would balance. 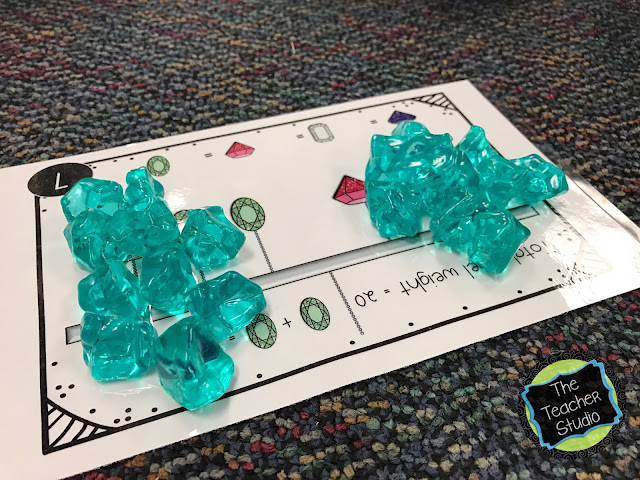 Next, we looked at the next rule (we had already discussed how no two colored jewels could be the same weight, etc) which stated that “green plus green equal purple”.  We brainstormed some possible ways to make that happen–and then started using “guess and check” to try them out.  It was so much fun to watch them try something, rule it out,, and then adjust.  They had a ball!

On attempt number 4, they got it!  There were high fives all around–and “Can we do more?”  Ummmm…YES, yes you can.  I sent them off to try another one in pairs and I heard some of the greatest math talk and cooperation.  I think so often we want to “skill and drill” our strugglers and forget to take the time to immerse them in real number sense and algebra thinking experiences–and they will absolutely need these skills as they move to more difficult math. 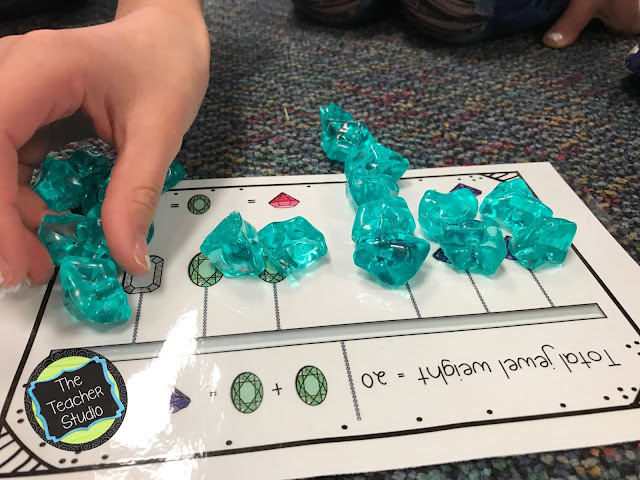 The best part of this whole intervention group was watching their faces absolutely GLOW with the realization that they DID IT…they didn’t think they could, but by thinking deeply and guessing and checking, they were able to logic their way through it.  I reminded them that “math makes sense” and they actually agreed!  I can’t wait to revisit some other tasks that I know stumped them earlier this year to show them how much their math thinking has grown.
Want to try one of these challenges with some of YOUR kiddos?
I have a free sample and a resource with a bunch of them if you think this kind of activity would be good for your students.  Here is the link to the free one…click any other image in this post to go to the full resource.  I’d love to know if you try it, how it goes! 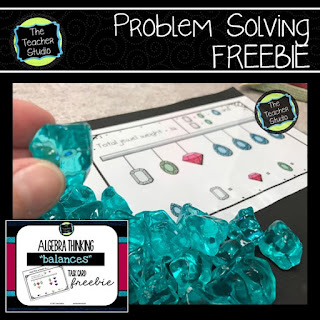 Want to pin it for later?  Here you go! 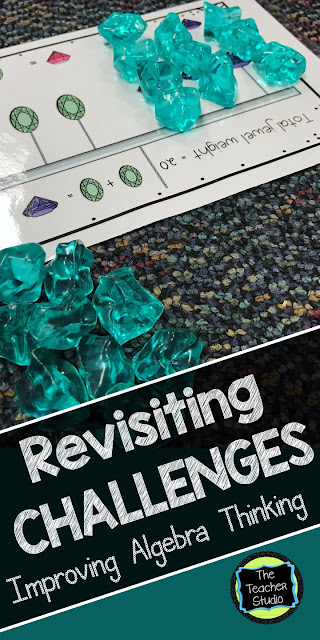