A week or so ago, we were really digging into our writing unit on realistic fiction when I started overhearing (ok, eavesdropping) on some students talking about what makes a book realistic fiction.  I THOUGHT I had explained things in a crystal clear fashion–and I really thought this was a pretty easy concept actually–so I kind of stopped in my tracks and listened.

For the next day, I pulled out this text to use as a read aloud, and I asked my students to help me decide whether or not the book was realistic fiction or not.  It’s a tricky text–and it really got to the heart of what seemed to be tripping up my students.  Before I read, we reviewed some of things we had talked about:
It has to be a made up story.
I has to SEEM like it really could happen.
The characters have to be believable.
and so on… 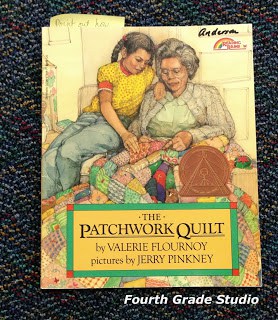 After we read the text we had a discussion about whether or not it was realistic fiction and we had some debate!  Students believed that perhaps the main character was based on the author’s real life and that therefore it was a personal narrative.  Others wholeheartedly believed it was realistic fiction.  True confessions–one thought it was not fiction at all because it was about a quilt.  Sigh.
Another true confession–at least 1/3 of the class had never heard of a quilt.  Enough said.
I went over to the class library and grabbed a stack of books and I read the back (“the blurb”) to the class and we decided whether or not each one was “realistic”–and if it fit our definition from earlier. 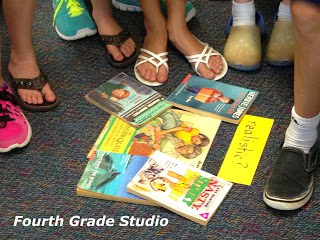 (Notice the quilt book in the middle . . . they all agreed it was realistic) 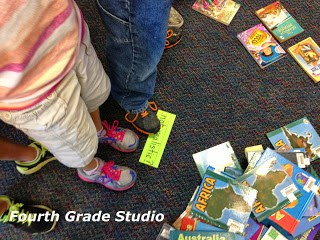 We then grabbed some other books that fit into an informational category and talked about how they are realistic as well–but pointed out the key difference . . . the lack of story, characters, and so on.
So we ended up with three piles:
*realistic fiction
*NOT realistic fiction (We later named this “fantasy” based on the books in it)
*informational
I then pulled out The Patchwork Quilt again and asked them to go stand by the category they felt the book belonged in.  We had about 5 students still hanging out in the “NOT realistic” category, so we had a little debate where the two sides tried to convince the other to change their mind.  After about 7-8 minutes, all the students who were holding out in the “Not” category had reluctantly made their way over to the realistic fiction group.  I love having students explain their reasoning–it is so much more powerful than me just telling them.  I think we are in better shape with our understanding now, and I know as we write our realistic fiction we will be able to use this experience to help keep us on track.  Have a great day!