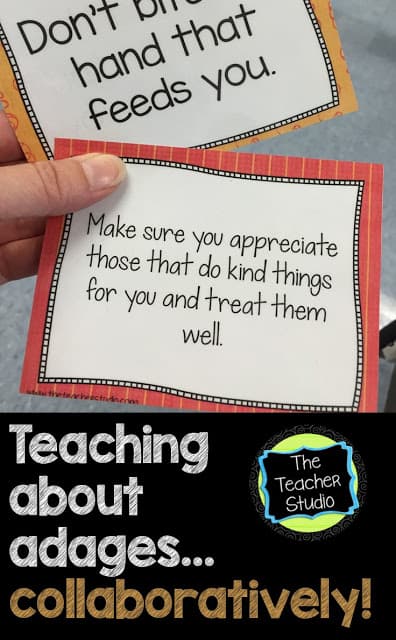 One topic that is in our reading standards involves helping students be more aware of different literary devices and different forms of figurative language.  Over the years, it has become more and more clear to me that some of these “older” sayings are no longer used at home and our students are simply not familiar with them.  I use adages when I speak all the time, so it is always surprising to me when students don’t know what I mean!
I decided to continue working on our collaborative work and academic “talk” by using these task cards to get students talking about adages.  I divided the cards into sets of 5, put them around the room, and then broke the students into groups.
When they got to each station, they had 3 minutes to talk about what they THOUGHT each of the adage cards meant…THIS was hilarious to listen to!  After a few rotations, they really started to think and began to look for the deeper meaning.  After the three minutes, I had them flip over the “explanation” cards and match them up to see how close they were! 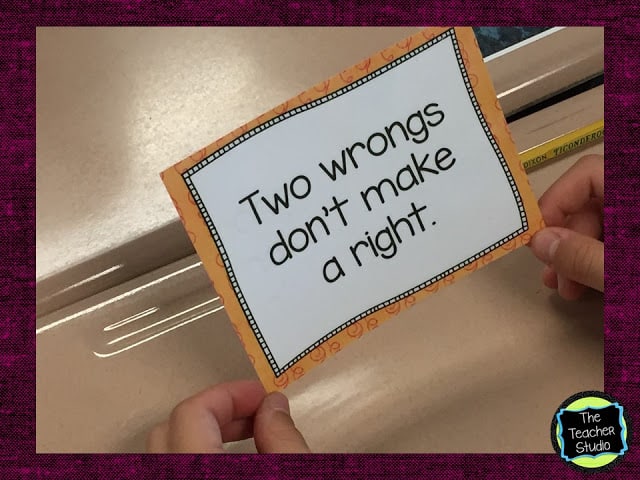 We kept the pace moving really quickly…3 minutes to discuss…another 2 to match up the cards…then we rotated around to the next stack of cards.

It was great to listen to their discussions–and which adages they had NEVER heard of!  Not a single student had heard, “Curiosity killed the cat.”  I was shocked! 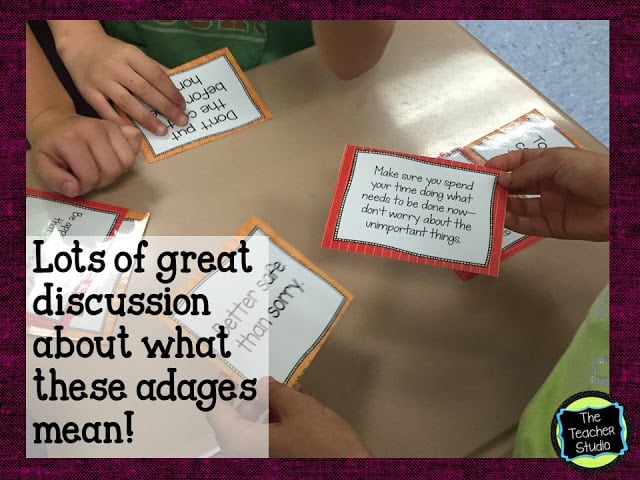 After we got through all the rotations, we came back as a large group and talked about a few of the adages that seemed to be the most confusing.  Students noticed that there were several adages about horses–so we talked about why that is.  In a total of 30 minutes, we had some great academic talk and collaboration, learned about adages, and hopefully enriched their vocabulary a bit.
The best part?  Not ONE HOUR LATER, a student came running up to me during reader’s workshop to show me that his book had an adage that we had JUST talked about.  #lovemyjob
Want to check out these cards?  Here they are! 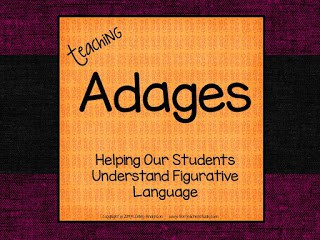