Top
As I did my planning for math last week, I really spent some time thinking about how we rush, rush, rush to get through our curriculum sometimes.  In fact, I think having a math SERIES makes it so much worse–we start to think of teaching math as teaching lessons and chapters and units instead of teaching math concepts.  “What lesson are you on?” is a question that makes me cringe when exchanged between teachers because it’s sending the message that we are on a timeline and we are trying to get our students to learn math in nice and tidy hour-long chunks.
That isn’t how it works.
So this week, we have several lessons in our series that are meant to reinforce the relationship between multiplication and division.  I know it was taught in 3rd grade.  I know some (SOME) of my students “know” their facts.  But I also know that many don’t–and if I just keep plowing through the book they never will.  I wanted to slow down and really manipulate numbers to get them thinking about groups and sharing.
Last year I played a game with my students that I called “The Herding Game”.  I found an open space in my building (last year an empty classroom, this year a big hall space by the elevator) and told my students they were animals.  They, of course, are used to me calling them this (I frequently say things like, “OK, wombats, let’s go to music.”) so they didn’t flinch.  I explained that for this activity they truly would be animals–animals that live in herds.  We brainstormed a list and then they had to do the following:
When I call out the name of an animal, I will also tell you how big your “herd” needs to be.  You need to quickly form “herds”, and any animals who can’t form a herd will head over to the holding pen (a taped off area on the floor).  My rules?  You can’t be in the pen more than once.
So we got started.  We started the activity with 24 students and I called out, “Buffalo, herds of 6!”.  Off they roamed to make their herds.  We noticed how we had no animals in the pen, so I wrote the equation 24 / 6 = 4 on a white board and we discussed how nice and evenly it worked out.  We tried several more combinations…we made herds of 5 (leftovers!), herds of 3 (no leftovers!), herds of 10 (leftover!) and so on.,  Each time, I showed them the matching division equation AND the matching multiplication equation.  2 x 10 + 4 = 24.  The wheels were starting to turn…and students were tuned in to how many animals would be in the pen even before they had formed their herds. 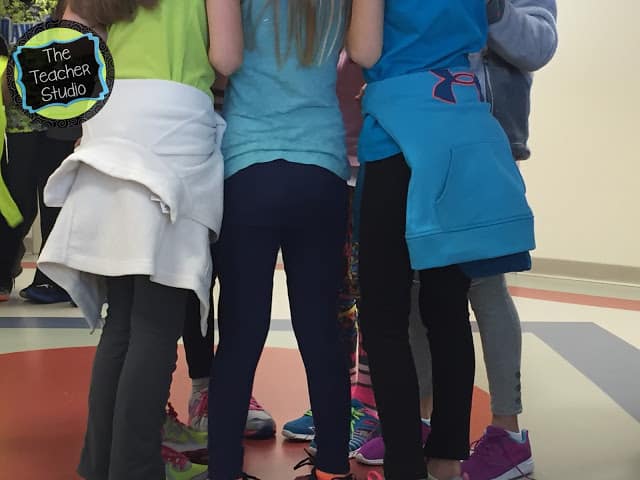 After about 12 minutes, we headed back to the classroom and I taught them the pretzel game.  This was a game I used with an intervention group last year, but I was pretty confident that I could really get the students thinking so I played a game against one of my students with the rest of the class watching and we really started to dig in to division concepts, making predictions about how many remainders there would be, and so on. 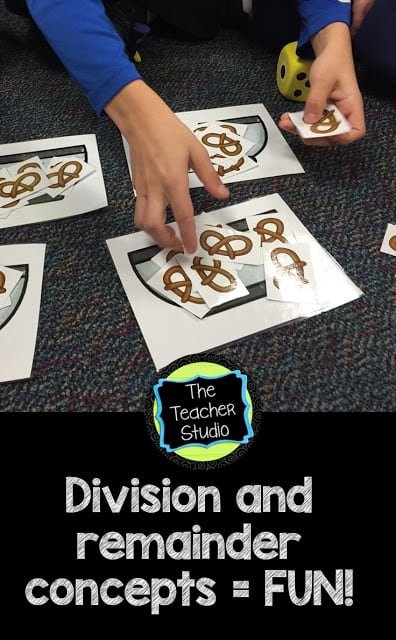 The gist of this game is the same as the herding game…we started with 34 pretzels and took turns rolling the dice to determine the number of bowls we could put them in.  On any turn, any leftovers (“remainders”) go to that player.  As my opponent and I got going, I LOVED the discussion that the two of us modeled…”I have 34 pretzels and need to sort them into 4 bowls…I know that 4 groups of 8 pretzels gives me 32–so I have 2 leftovers.” or “I have 30 pretzels to sort into 2 bowls, that is easy because I know that 2 groups of 15 is 30.”
As we went, the other students did exactly what I was hoping they would do–they started predicting.  “Wait–the only number that will give leftovers is 5 because you can divide 24 into 1, 2, 3, 4, and 6 groups!” and so on.  Their minds were really starting to think logically and recognize the connection between multiplication and division.  We finished our game (I won–in case you are interested) and the students BEGGED to play it on their own.
First things first–we need to do some work in our math book–but let me tell you how fast they were able to do the problems!  They needed to solve problems like 34 divided by 5–and I could HEAR students talking to each other in terms of pretzels and bowls!  As they worked, I pulled 3 students who I didn’t think were ready and played a round of the game with them to really slow things down and get them doing it themselves.  Next week I’m going to pull them to do my paper version of the herding game to keep modeling this for them. 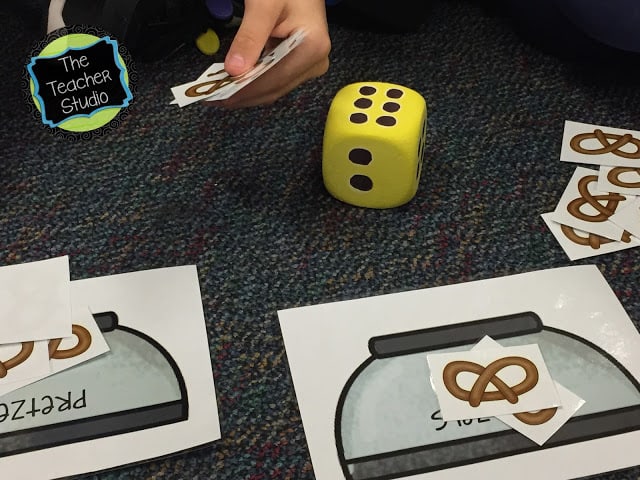 As students finished, they could choose from a variety of multiplication and division games to work on fluency…and I felt really good that I taught MATH, not lesson 4.9 (even though I did).  Interested in the games and activities?  They are linked below.  Have a great weekend! 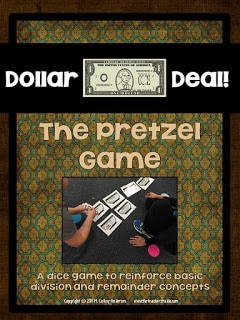 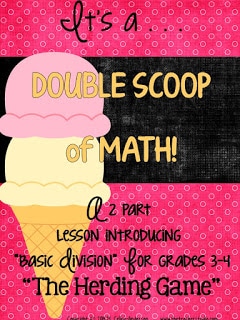 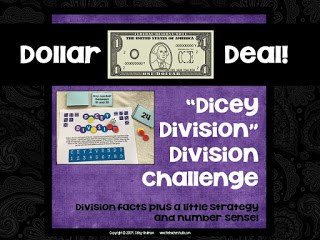 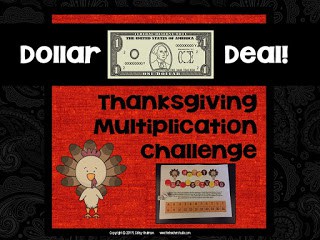