Top
So, it’s that time of year when I have to introduce division concepts to my students.  Some have had some experience and understand the idea of “sharing” that accompanies division. Others even understand the relationship between multiplication and division.
To make sure the others had an introduction to the concept, I played “The Herding Game” that I taught my class last year because it really seemed to help them understand the idea that you can divide items into a set number of groups, groups with a set number of items, and that there can sometimes be leftover items.
Here’s how it works.  We brainstorm a bunch of animal species that live in herds.  We have a great talk about “flocks” and “pods” and “gaggles” and then come to an agreement that we will–for the day–allow all of the animal breeds to travel in herds–even if they are really supposed to be in “prides”!
The rules are simple…I call out an animal and a number of “herds” they need to make.  I might say “Buffalo–herds of 5” and the students rush to form groups of that many animals.  Any “leftovers” go to the taped off zoo!  We then record our thinking on the white board…I show them how to write using division facts, how to record the leftovers, and then also how it ties to multiplication.  19 divided by 5 gives us 3 groups with 4 remaining.  That’s the same as 3 groups of 5 plus 4 more
(3 x 5 + 4). 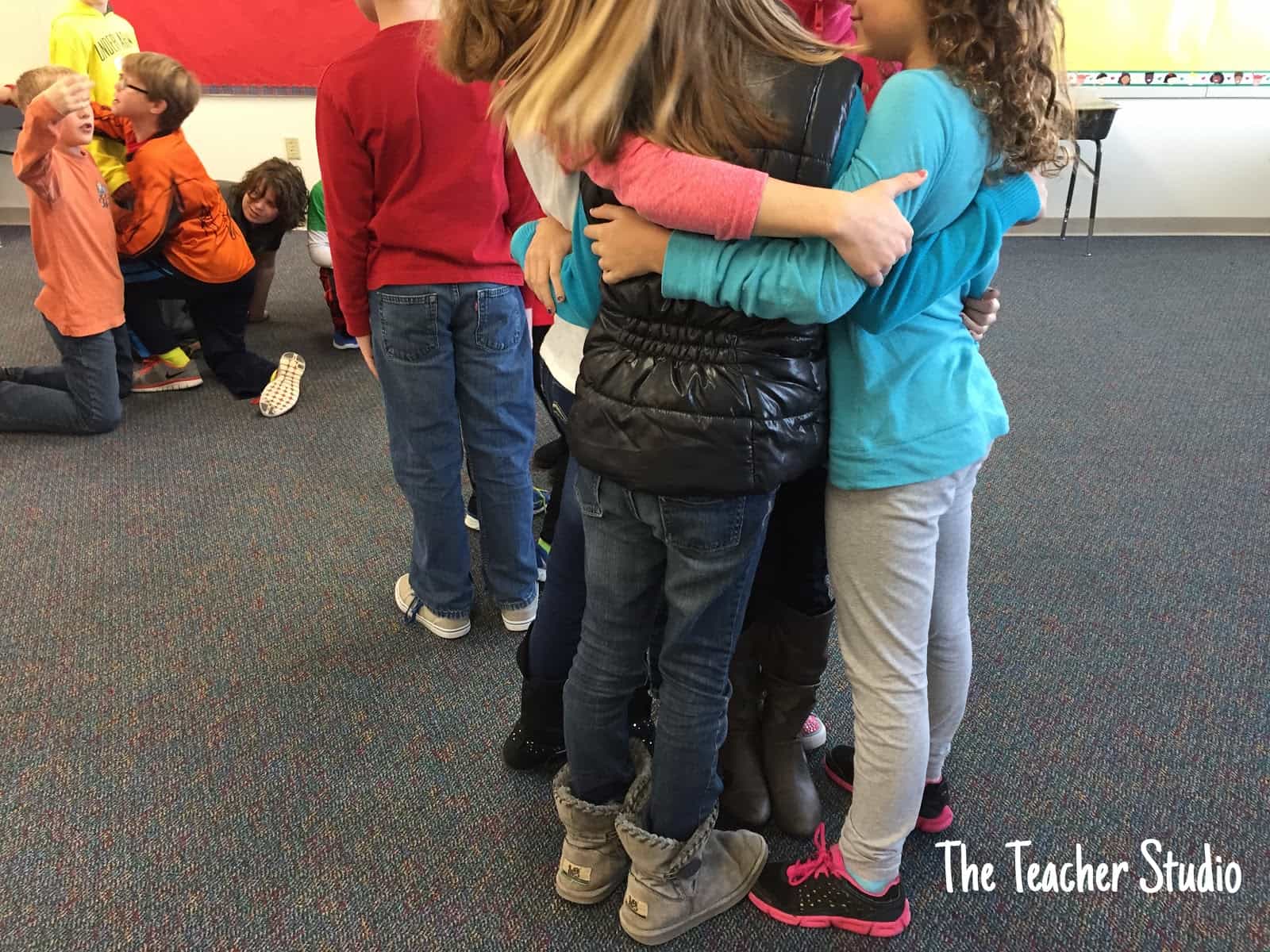 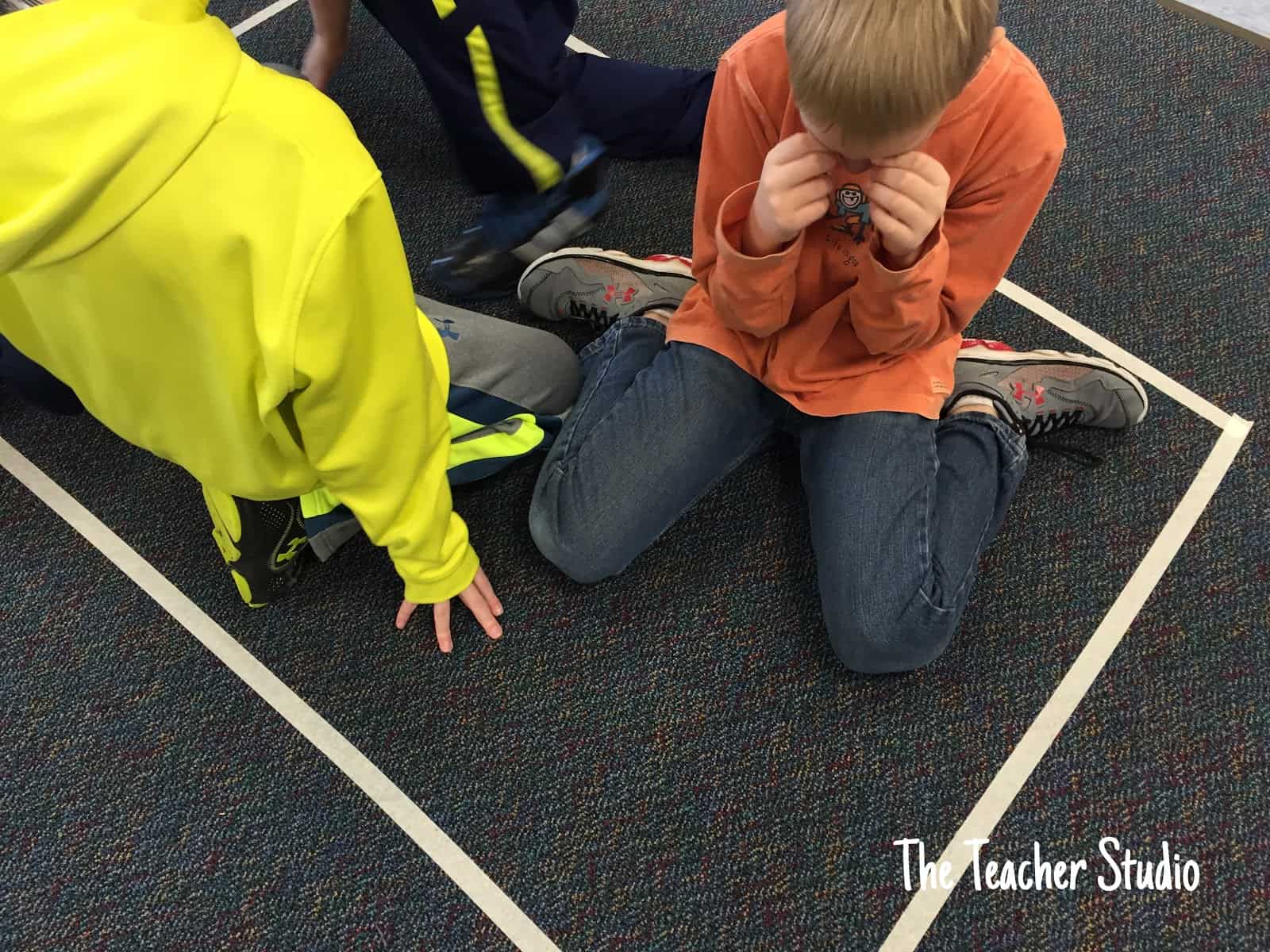 To make sure the same students don’t end up in the zoo, I give them each a token when they land there.  That means they won’t need to go back the next round! 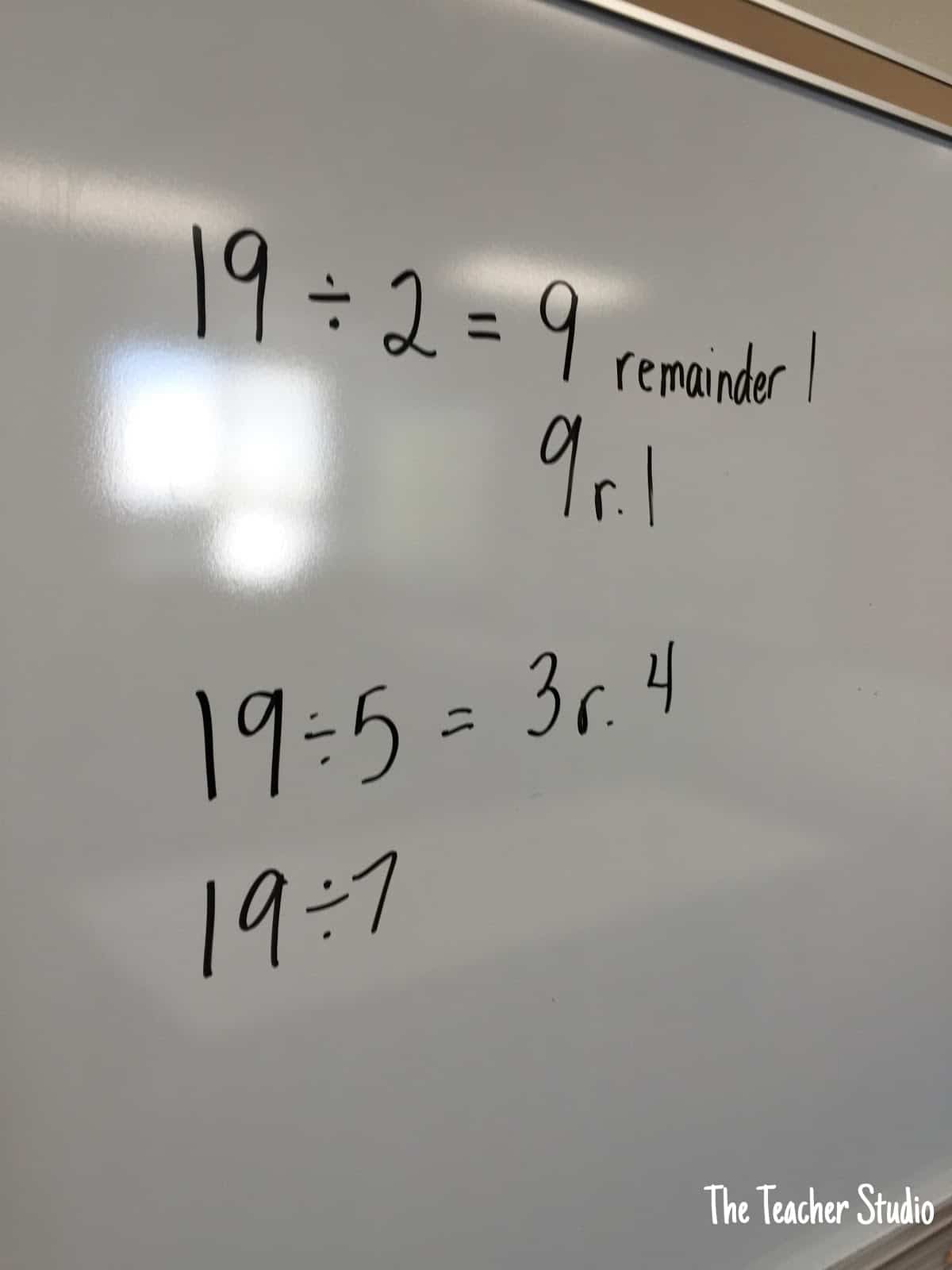 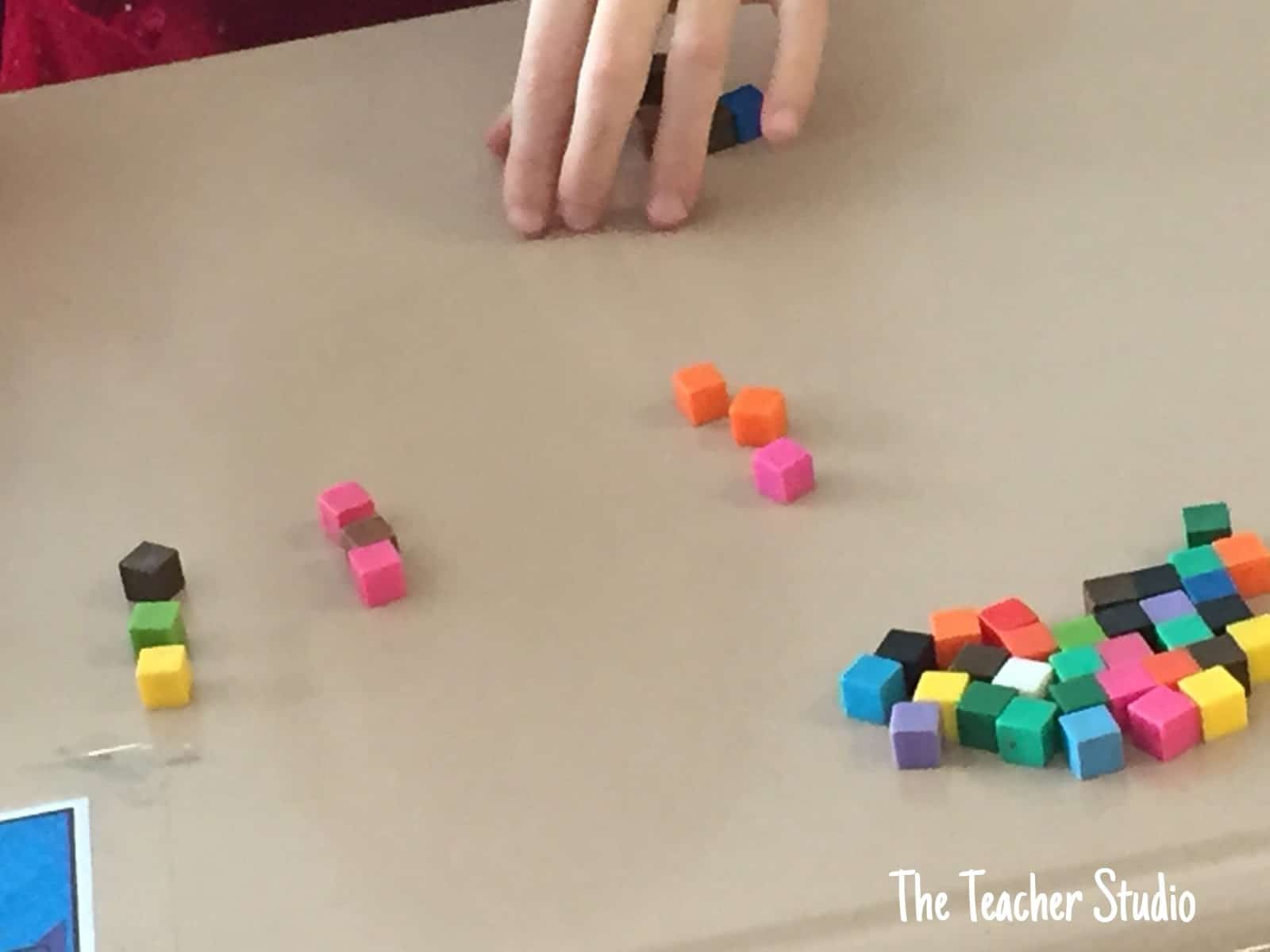 Unfortunately, my class didn’t do so well with self-control this year! After a few rounds, I decided to end the game and we went back to our desks and used counters to act out our herds.  It did allow me to vary the number of animals, so it ended up working out well. 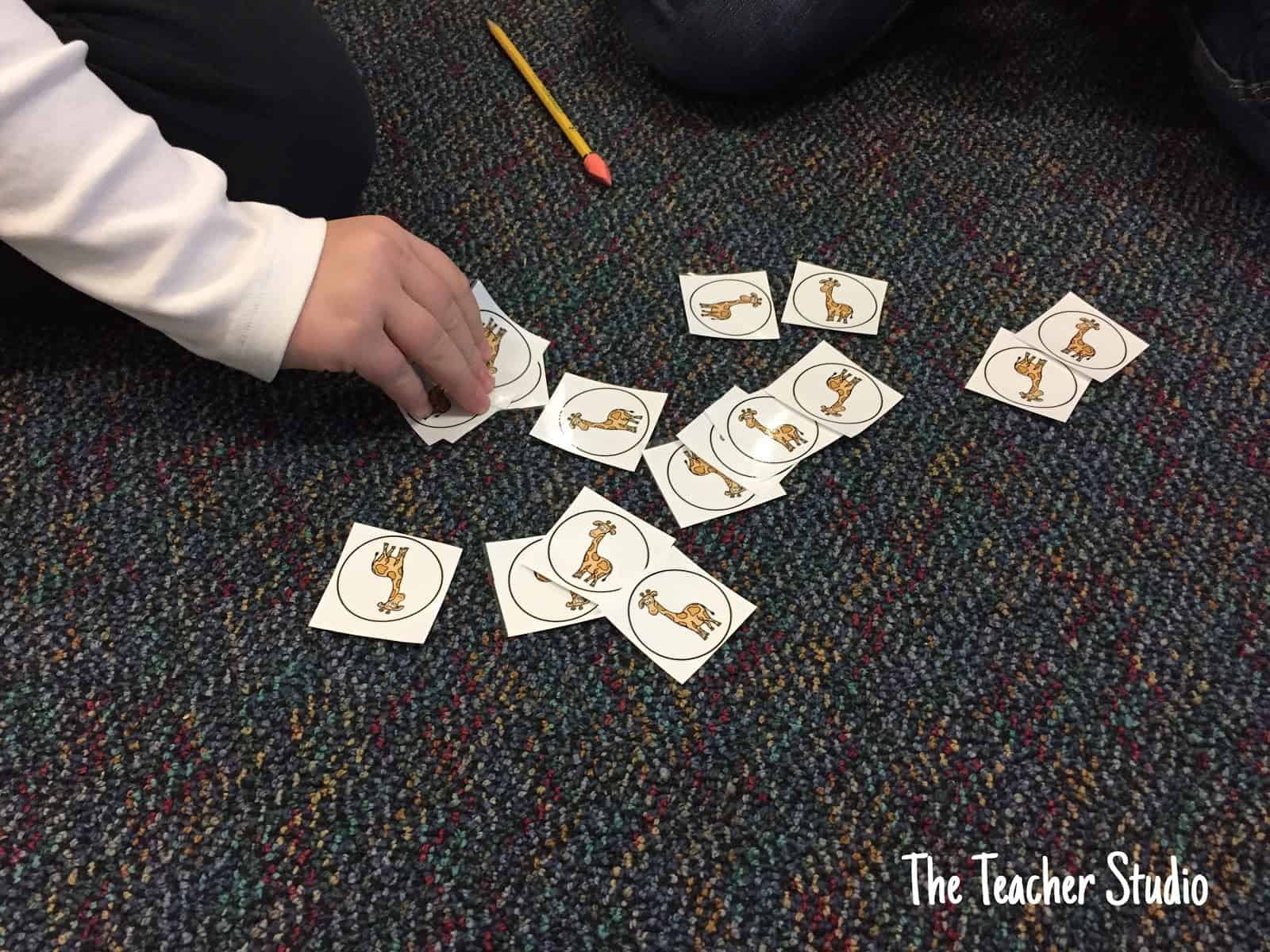 After I had sent my students off for some independent practice, I did ask any students who weren’t feeling confident to come back with me and we did some more problems using these adorable animals form Whimsy Workshop!  I used this recording sheet to track what we did.  After another 10 minutes or so, I could tell they were understanding much better. 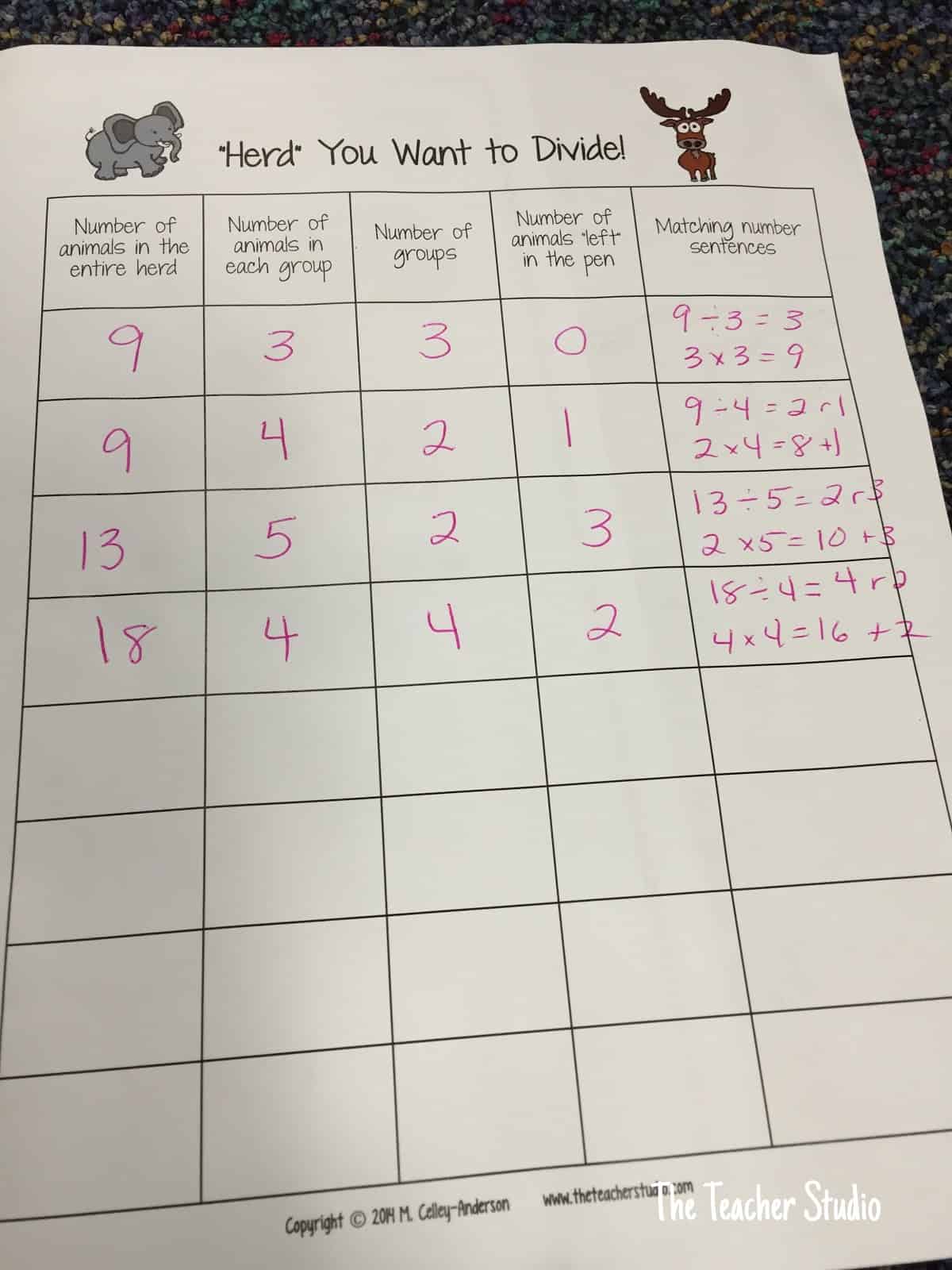 Anyhoo!  This would be an easy lesson to replicate if you want to give it a try!  If you want all the cute stuff, I did make it into a “Scoop” resource last year…and it has some word problems, the animal counters, the game rules, and so on.  Check it out if you are interested! 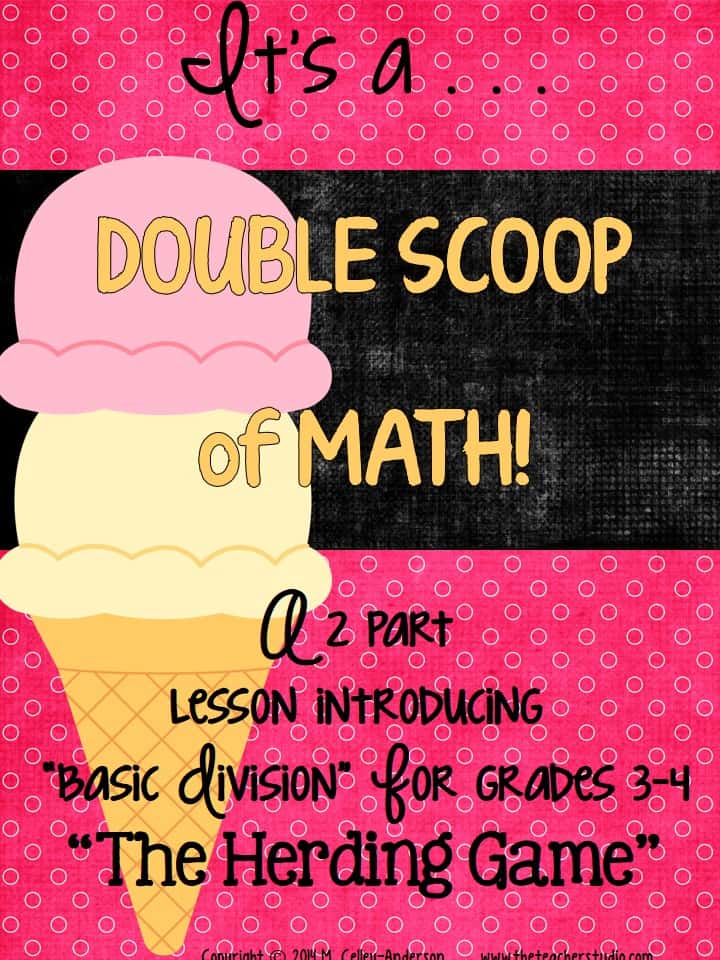