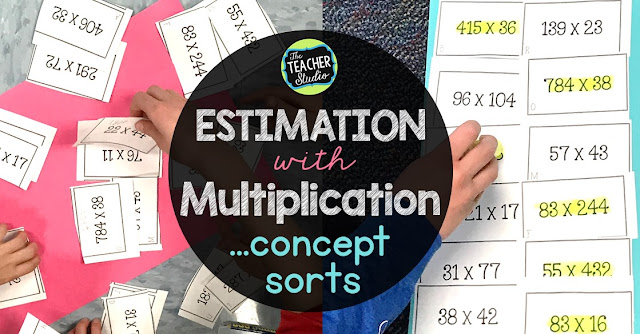 So…as you may know, using math concept sorts is one of my absolute favorite strategies to get students thinking and talking about math.  I often used them sporadically in my units….sometimes as a “kick off” to see what they know…sometimes in the middle…sometimes as a review.

Today I thought I’d use one of my sorts that we didn’t get to earlier as a great test prep review of multiplication and estimation.  I thought, “This will be an easy one…a good 25 minute warm up.”

What I had planned to be a basic warm-up turned into a 45 minute, in-depth study!  It was SO much more challenging than I thought it would be.  Here’s what we did.

This particular sort is a little unusual…it has 24 cards of multiplication problems; students are asked to use estimation to find 12 pairs that have similar estimated products.  Simple enough, right?  I encouraged students to jot down their estimated numbers to help them–and figured it would be a pretty quick task! 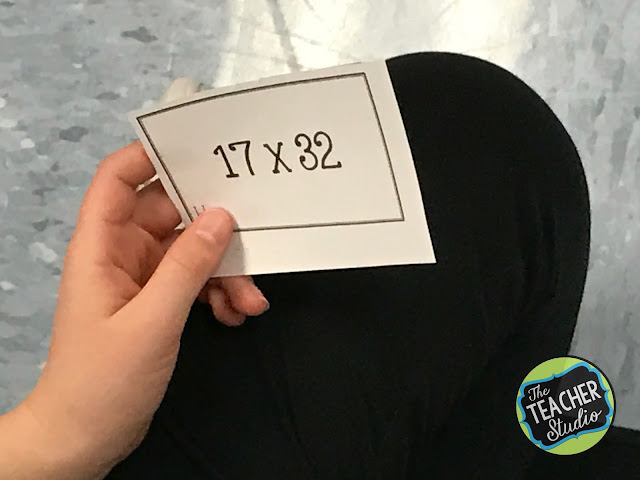 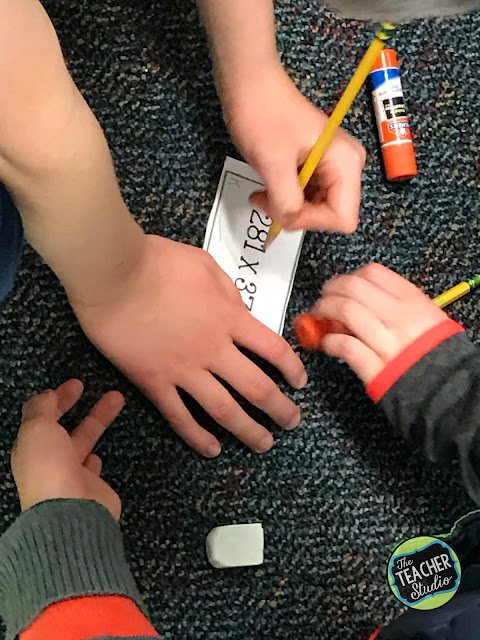 Groups started to find pairs (some faster than others, of course) as I circulated to encourage groups to stay on task and for ALL three members of the group to participate actively. 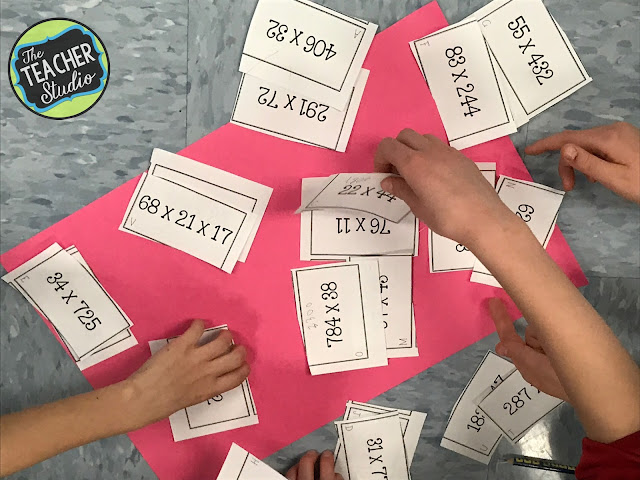 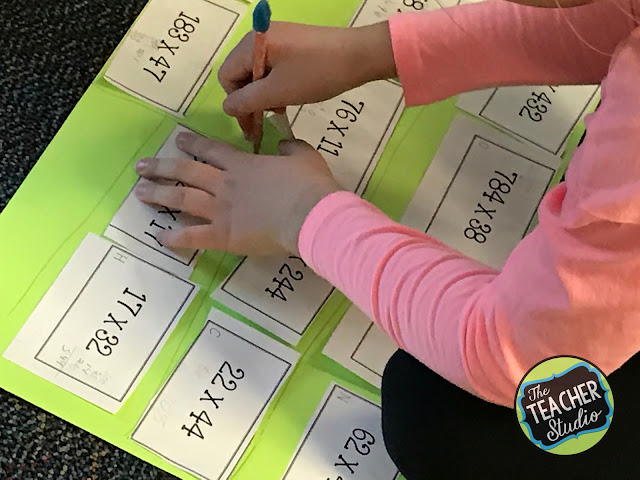 I started to notice that groups were having a hard time finding pairs…that they seemed to be really struggling to find a strategy to help them be methodical.  I brought them back together as a group to do some talking about how to work in an organized fashion–encouraged my groups having success to share their ideas, and then sent them back off to work. 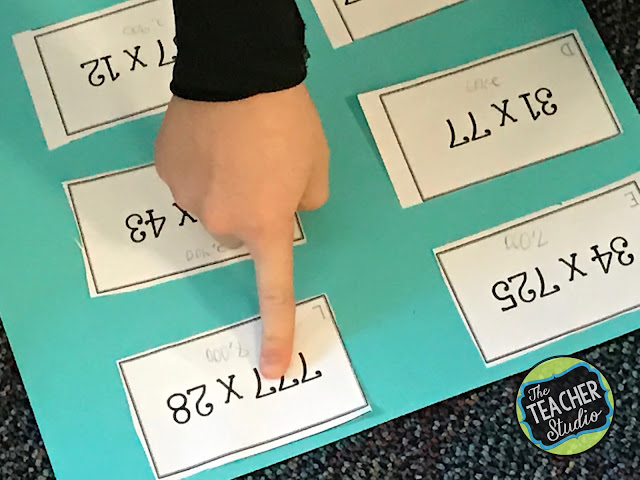 Things started going a little bit more smoothly but students were still having a harder time than I thought coming to consensus on how to best round each number.  I walked around and did a little more coaching and encouraged easier rounding (not 410 x 30…but 400 x 30) to speed things up.

After a few more minutes I called “time” and told them to glue down all the pairs they had completed and asked them to take on step 2….deciding WITHOUT SOLVING EXACTLY which card in each pair was larger.  I reminded them to really think about what we know about estimating (for example, if both numbers rounded UP, that estimate may be way too high compared to a problem where one rounds up and one rounds down).  I circulated to listen to their discussions and how they worked to come to agreement on which of the two cards truly was larger.  Lots of great math talk! 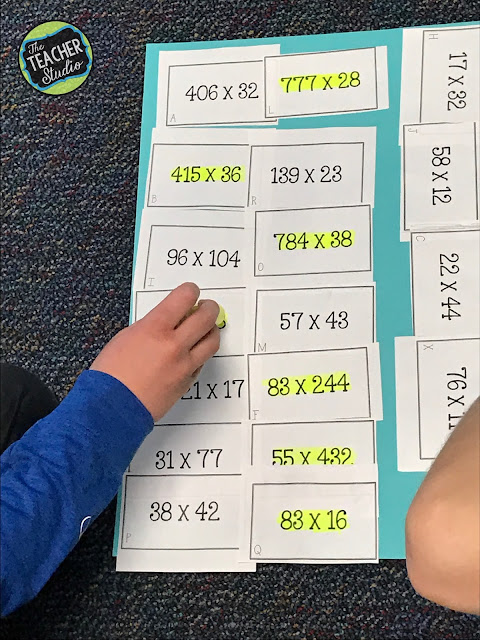 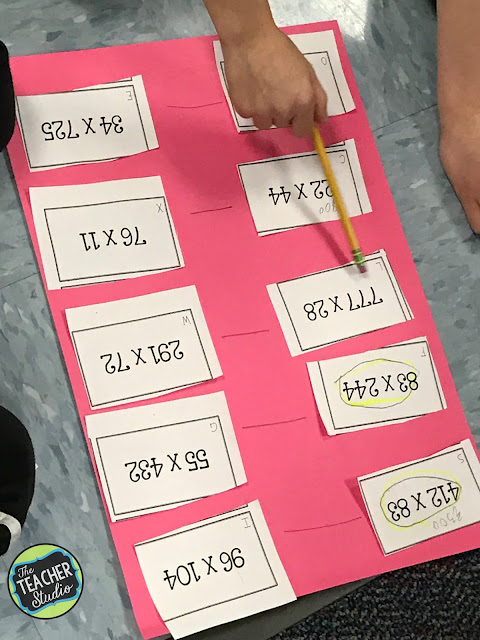 A few groups were struggling so I gathered everyone back at the easel (note the “math in real life” easel…no fancy anchor chart!  This is math in the trenches!) to  do a few samples where we played with numbers a little bit to see how altering  our estimates can impact the product.  For example, the top problem we looked at the difference between rounding the 76 to 80 and using 75, another easy number.  We had some great discussions!  I sent them back to their groups for a few more minutes of experimenting and then asked them to do the final step. 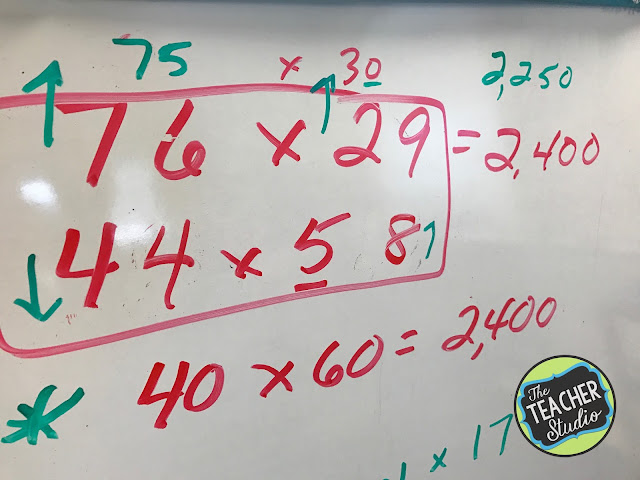 After a few minutes, I asked them to each pick one or two of their “pairs” to solve exactly–and to look at their actual products as compared to their estimated products.  It was fascinating to see how many teams found errors in estimating as they worked and had some new insight about WHY their estimates were either close–or not–to the actual product. 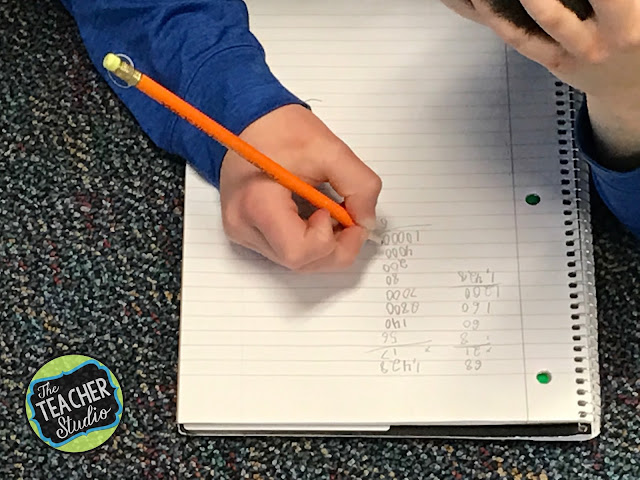 As is often the case, the result of this lesson didn’t look exactly like I had planned–but we definitely got some amazing learning and thinking out of it!  This is one of the sorts in my Multiplication Sort resource…the other sorts cover a variety of multiplication processes from basic facts to extended facts to prime and composite numbers and more!  Just click the image below if you want to see more.  I just love how sorts allow you to not just teach important MATH concepts–but those ever-important math processes like discourse, modeling, patterning, and more. This set is all multiplying–but I have others for fractions, geometry, angles, algebra thinking, and more!
Click the image below to check out my multiplication sorts…or keep scrolling to grab an algebraic thinking math sort for FREE!

That’s right–you can try a sort for free–all directions included!

Rather pin it for later? 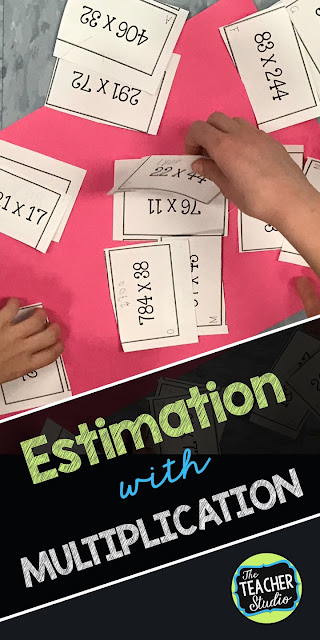