For those of you who have followed my blog for a long time, you might have ridden along with me on my journey through my month-long exploration on fractions last year.  This year we a new math series, and I am needing to use it as my main resource. That being said, I have taught this age group for long enough that I feel I know a lot of the right questions to ask to really get at the kind of understanding my students have.  As we enter the first of several small fraction units, I wanted to see how well my fourth-graders could do on one of my favorite fraction number sense tasks.

I passed out a slip for each student to glue into the math journal and simply ask them to do some writing about whether or not the shape on their page was divided into fractional parts. 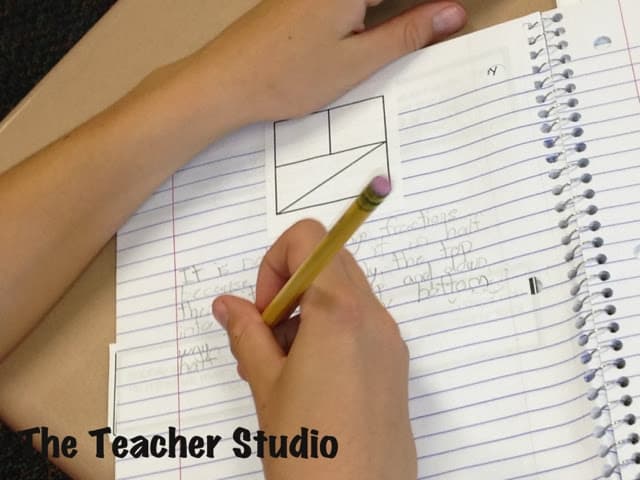 I gave them a few minutes to write, and then I made them commit to a stance–either “yes” the shape IS divided into fractional (ie. equal) parts or NO, it is not. We started with 7 “yes” votes and 17 “no” votes. 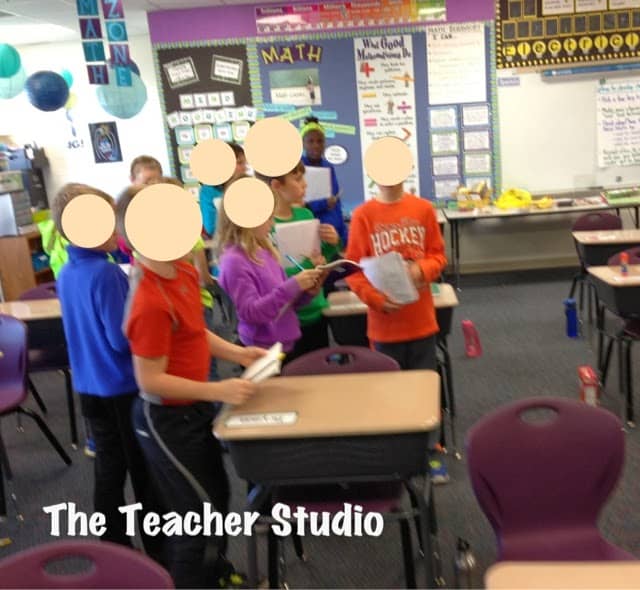 I had the students move from one side of the room to the other based on their vote, and then I clustered them into groups of four with one or two kids from each point of view forming a small group. I asked them to get together and talk through what they had written and to see if they could come to an agreement about whether the answer was yes or no. 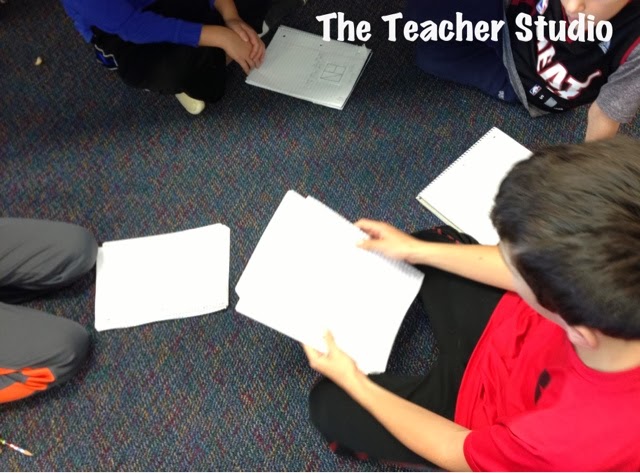 A few more moved to the “no” side (EEK!), and then I prepared them for our debate.  We discussed ground rules and reviewed key standards for mathematical practice.  We talked about critiquing the reasoning of others–and how to do it respectfully, specifically, and mathematically. I explained that we would alternate “teams” making unique points (no repetition allowed!)  I invited them switch teams at any point if the arguments became too compelling to stand their ground!
I also set up the easel with a paper version (Smartboard on the fritz again!) so students could refer to it. 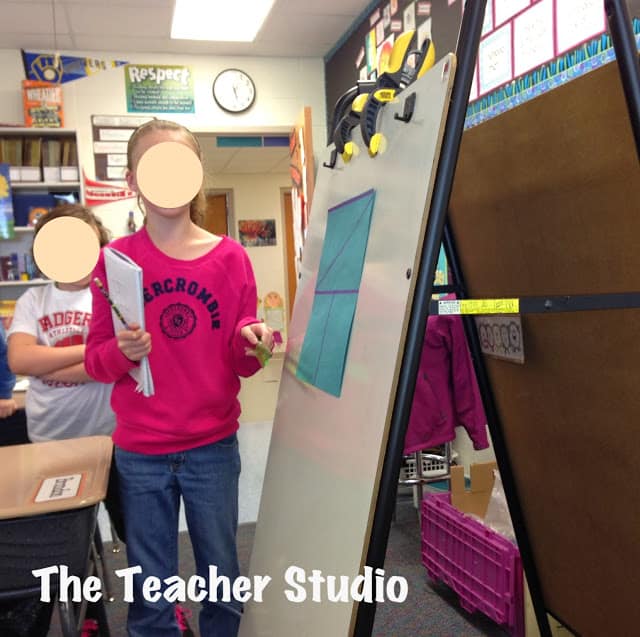 Kids huddled around and asked questions, listened (most of them!), and some slowly moved from side to side.  I did continue to ask this question:
“Did you understand the point being made?”
not…
“Do you AGREE with the point being made?”
as we were working on being clear with our math language and working on truly LISTENING rther than hammering home our own ideas.  After 20 minutes, we were no closer to consensus so I asked this clarifying question.
“How do we define fractional parts?”
. . . and we talked about equal.  A few kids moved to the “yes” side.  We continued the banter for a little longer but seemed to be getting no new insight from either team, so I posed this one:
“Does equal mean identical?”
A murmur went up and I asked them to turn and talk to the people by them and see if they could clarify their arguments any.  Two of my top math students were adamant about their points of view–completely opposite from each other!  I couldn’t wait to see who caved first. 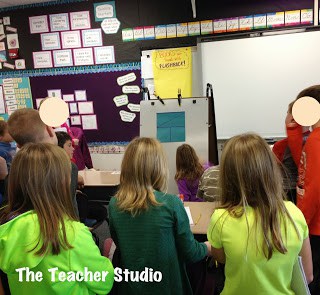 And then “Student A” asked if she could actually draw on the board.  I, of course, nodded and she began her explanation for how there are different ways to make 1/2 . . . so there are different ways to make 1/2 of 1/2–but that it is still 1/4.  Student “B” tried to counter and mid-sentence stopped, looked at her, and said, “I’m changing my opinion.”  The discussion moved quickly from there and almost everyone understood Student A’s point.
For those remaining doubters, I asked a few of them to take the blue shape and my scissors and see if they could prove that the four pieces truly were “worth” the same amount. 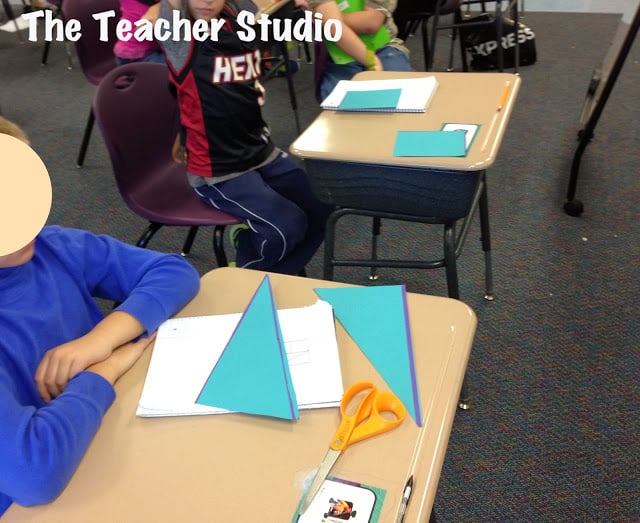 With some careful snipping and taping, these two figured it out and were able to prove to the doubters that equal parts do NOT need to be identical!  It was a great discussion and I just love immersing students in mathematical thinking.  If you were NOT around for my monster fraction series last year, I did create a huge resource with all 16 fraction investigations for those who love to teach the same
way I do! 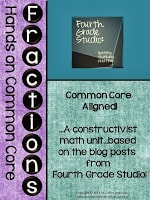 Stay tuned throughout the year for more fraction posts . . . and make sure you stick around for a HUGE announcement here on Sunday!  I can’t WAIT!