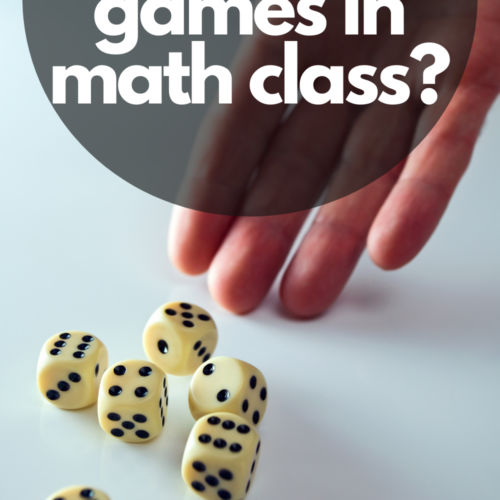 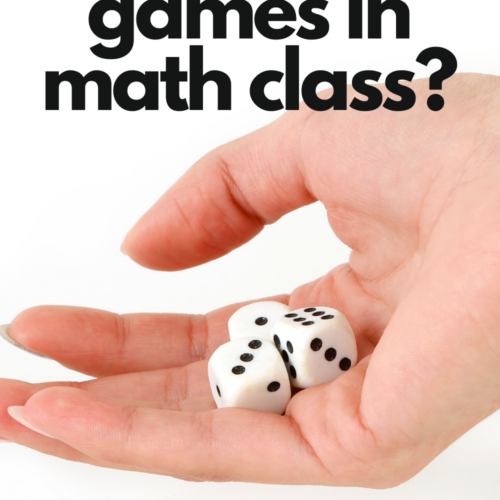 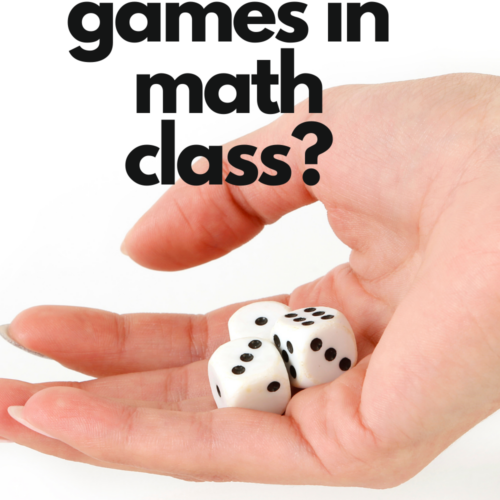 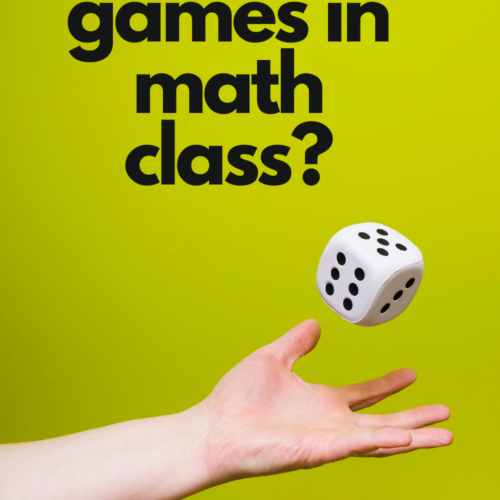 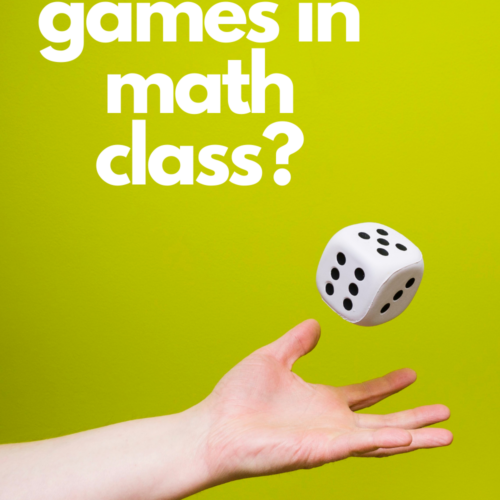 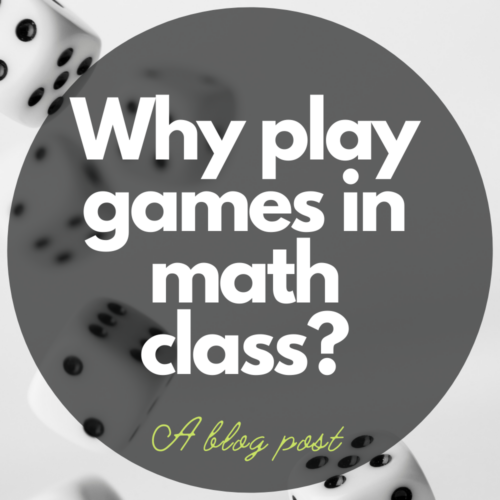 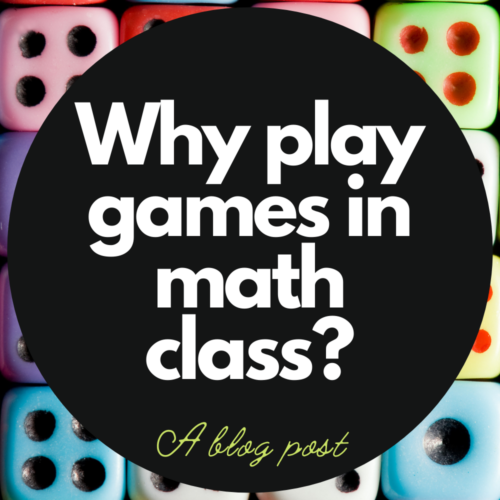 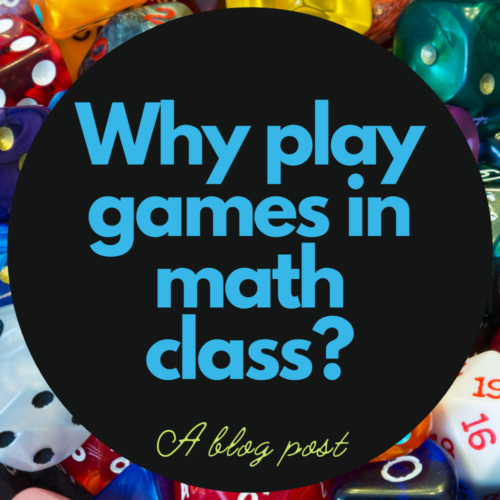 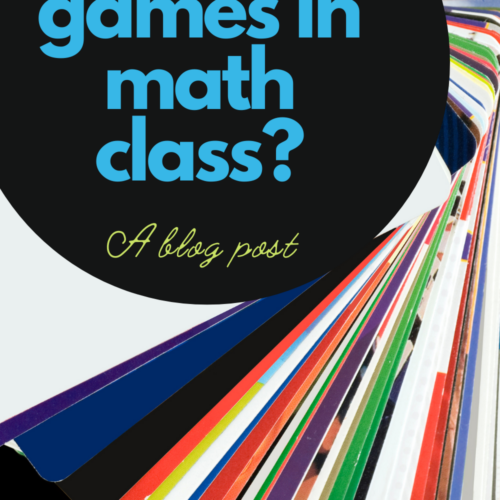 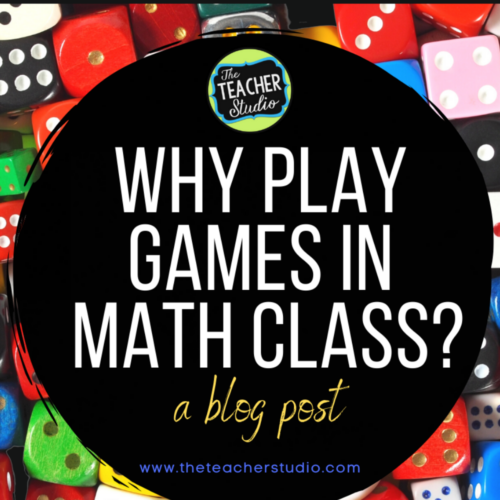 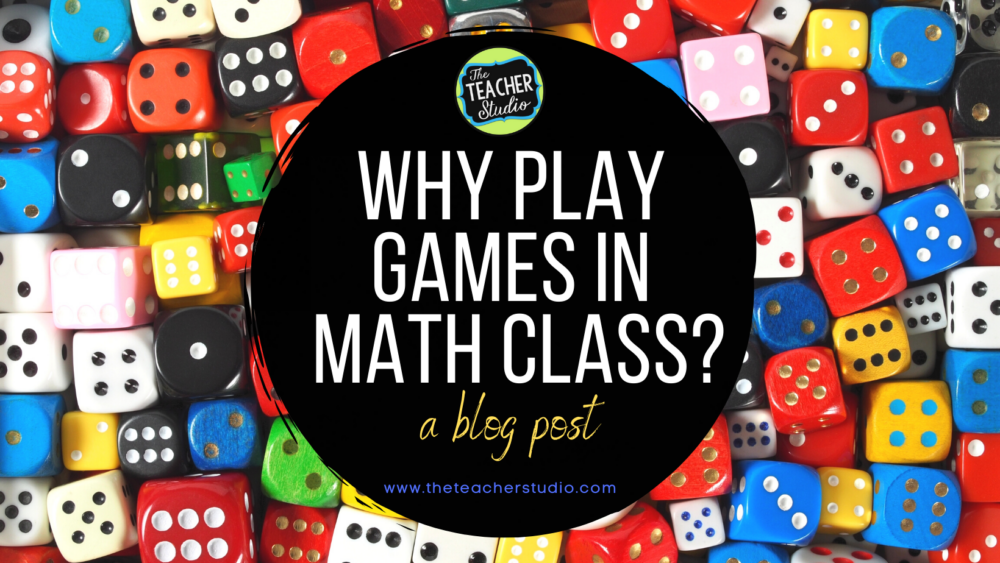 Why do we play games in math class?  Tons of reasons!

If you have followed me for any length of time, you know that games are an important part of my math class–not every day, but often.  As I watched my students last week, I noticed a few things that weren’t going as well as I wanted them to–and I realized that I haven’t spent enough time talking to them about WHY we play games and what their role is.  I decided it was time to regroup!

First of all, I wanted to keep my points simple and get them posted.  Here is the chart I have hanging now–it’s about 18 x 24 so it’s easy enough to see without taking up too much room. 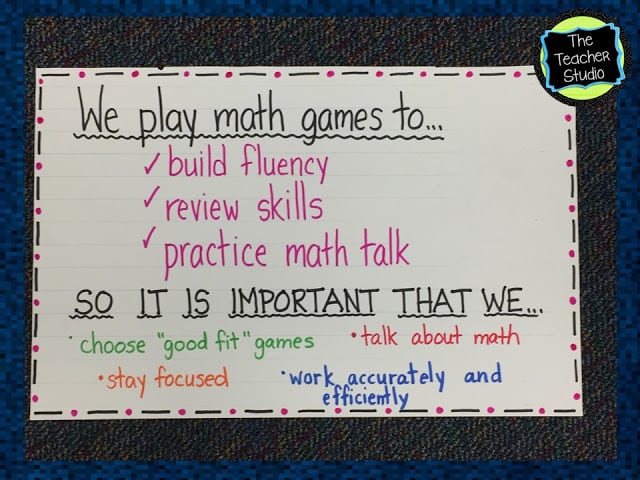 So…step one was to make sure students understand that we play games for several reasons–and YES, having a little fun CAN be a part of it!

Why do we play math games?

First of all, we are working to build fluency.  By choosing games strategically, we can apply the strategies we have learned and make the math more fluent and efficient.  Games aren’t times to LEARN new concepts–although they are GREAT to use in an intervention group as a teaching tool.  Once they have been coached and the strategies are in place, they can THEN become independent practice for fluency! 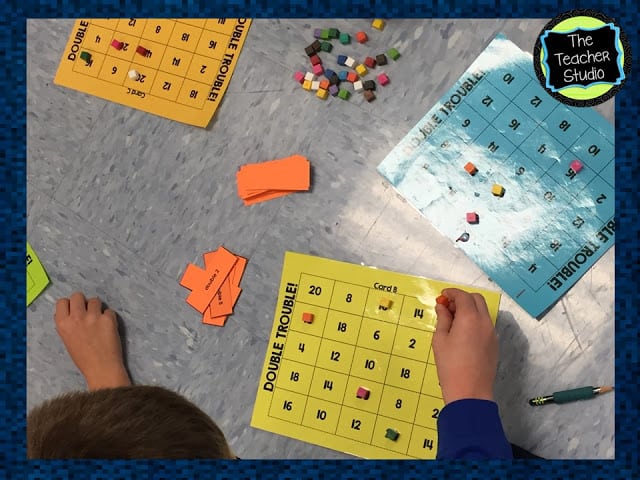 Secondly, games are a great way to keep skills fresh.  Like I told my students, just because we aren’t WORKING on large numbers right now doesn’t mean that they no longer need to remember what we have learned!  Playing a game like “Pass it Over” keeps those skills fresh.  My students love to revisit games that were taught in previous units…especially students who might not have been ready to play them at that time.
Finally, I talked to my students about how important it is for them to practice math talk when playing games. Most math games aren’t “self-checking”, so asking each other to “prove their thinking” and to justify answers is a great way for students to practice math talk.  It also helps keep ALL players focused during game play!

I wanted to make sure my students understood their role…so we talked about “just right” games.  A student who is completely fluent with addition facts probably doesn’t need to play “Turn Ten”–but can certainly benefit from the advanced version of “Target Number”!  I compared it to spelling…most fourth graders don’t need to spend much time practicing how to spell “and” and “the”…it isn’t helping move them forward with their writing.  The same is true for math games.
I also talked with them about being quiet during game time to allow all students to focus.  It is rare that my entire class is playing games. Most of them some of them are doing games during math workshop while others are doing different types of work–much of which might require good focus and concentration.  I reminded them that they are working to build fluency so they should also be completely focused on their game…I shouldn’t see dice flying, students sprawled all over, or hear non-math talk!  We also reviewed our storage process for games and how important it is to maintain it for the others in the class.

I think it’s so important that students (and their parents!) understand that playing games in math class is not just a time filler.  They are not a reward.  They are not just for Friday afternoon.  Math games can be a deliberate, carefully crafted part of your math planning.  I’d love to hear YOUR ideas about math games, how you use them, and what benefits you have seen from them!  (NOTE:  I have linked to several of the games I mentioned right in the post…but my “Dollar Deal” games are easy to find when you visit my store and look for “Dollar Deals” in the categories on the left.  There are other math games in my store as well…the “Math games” link on the left can help!
Due to popular demand!  Get a bundled set of 30 math games at a hugely discounted price!  CLICK HERE

Want to pin this for later? 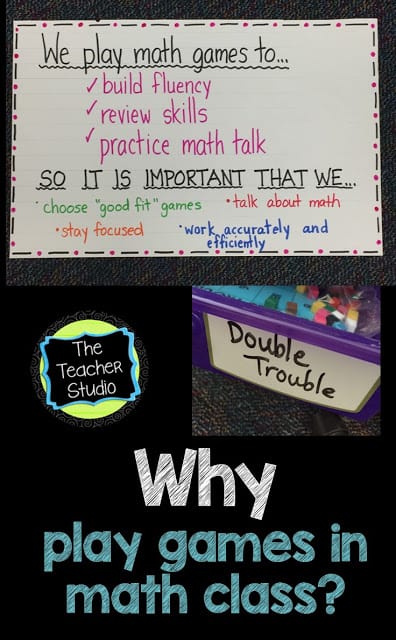