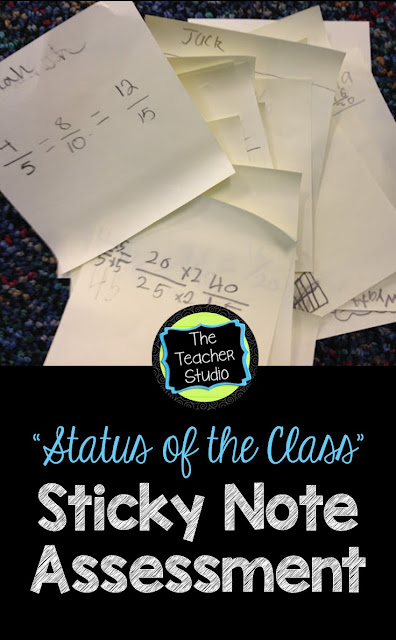 Greetings everyone!
Happy Wednesday to all of you!  I am working on fractions days 11 and 12, but I wanted to share a quick tip with all of you today.  I use a TON of exit and entrance slips in math to check student understanding and to help me decide who to pull for small groups and so on.  Sometimes, though, I want an even QUICKER check–to kind of “take the temperature” of the whole class on a new topic.  This is nothing new…but like all good ideas, sometimes we just need to be reminded once in a while!
Yesterday was one of those days. . . we had been exploring equivalent fractions but finally really got down and dirty with the numbers–where we talked about how you can multiply or divide the numerator and denominator by a number to generate a new equivalent fraction.  I really tried to pair it with all of the hands-on visuals we had done, and most students seemed to easily pick up on it.  As you know, however, lots of nods and hands up doesn’t necessarily GUARANTEE anything!  So as the students left to go to recess, I asked them to take a sticky note, write their name on it, and to write 2 fractions equivalent to 2/5.  I asked them to stick them to my easel on their way out the door. 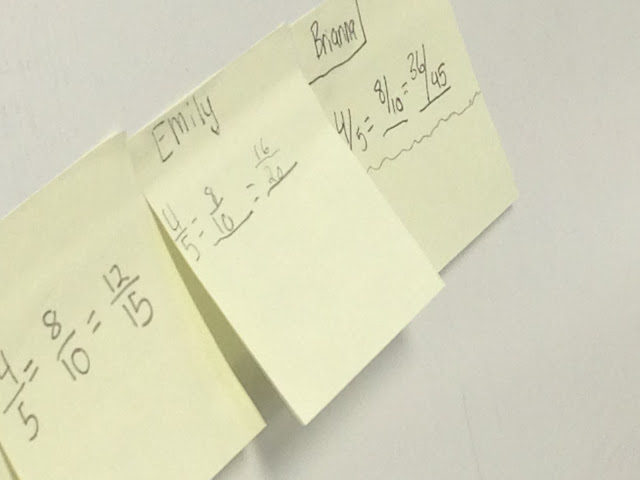 Once they are safely outside, I simply grab the pile . . . 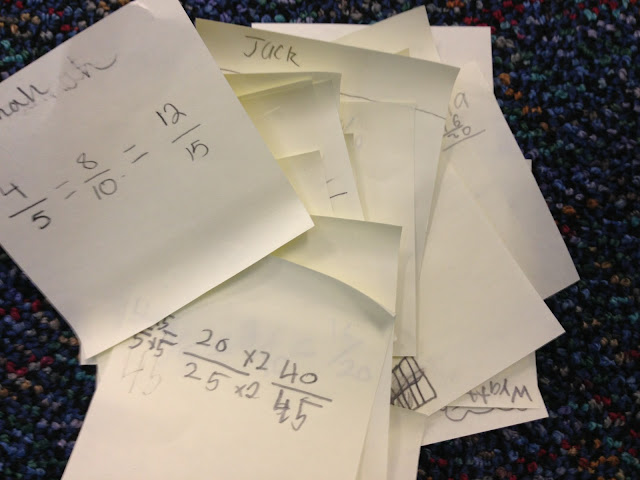 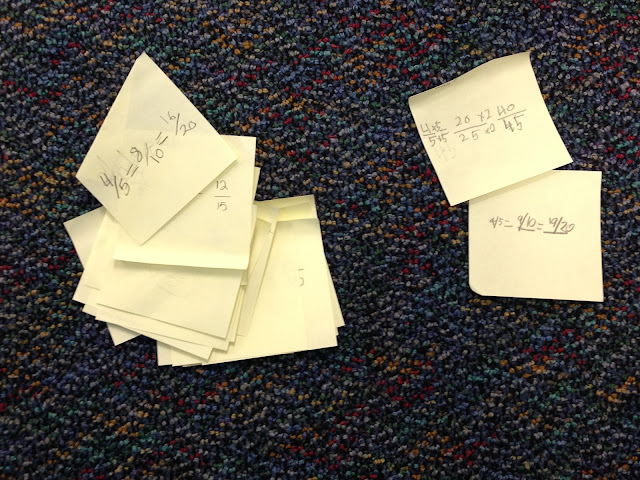 Now, granted, this is only one problem–but it was enough to tell me that all but two students had at least some idea of what I was talking about and so I could proceed with my planned lesson the next day!  During a lull in instruction, I pulled the other two to see what was going on–one simply doesn’t know his facts well and understood the concept.  The other REALLY didn’t understand, so I worked with him a little and made plans to pull him again.  After tomorrow’s lesson, I’ll give a bigger scale exit slip to make sure that I really have caught everyone who needs “catching”!  Anyway–it’s a quick and easy trick if you haven’t tried it!